The Year 4 children led our Easter Service, recounting the story of Easter.

Rev Paul came to talk about the final section of the Lord's Prayer. He asked the children for their definition of 'power'. He asked what the children believed were the most powerful things that God has done.

Lord's Prayer - 'For the Kingdom, the power and the glory are yours, now and forever.'

On Monday, Rev Terry Hinks visited us to lead our collective worship and talk about 'Hope'. He talked about moments when we might feel hopeless and that we may feel there is nothing we can do. But then he shared examples of people taking action to make things better for others, and demonstrating hope. The children shared their understanding of the word determinations. He finished by encouraging us not to give up!

On Wednesday, Rev Paul shared with us an interesting way to look at sin, based on the original definition of the word in the Bible. He called it 'missing the mark'. We had children attempting to fly paper aeroplanes at a target, to demonstrate just how tough it can be to hit the target, no matter how hard we try. Paul also talked to us about the expectation that we forgive others.

Lord's Prayer - "Forgive us our sins, as we forgive those who sin against us"

On Wednesday 23rd March, Rev Paul continued our study of the Lord's prayer, considering the words 'Give us today our daily bread'. The children were asked what they thought we needed daily to survive. Their answers, summarised below, contained practical and more philosophical ideas! Paul then talked about advertisements and asked what was their purpose. He finished by saying that Christians believe God provides all we need for our daily lives.

Lord's Prayer - "Give us today our daily bread"

On Monday we read the book The Sunflower sisters. The focus this week was 'Hope for Equality'. The story centres around the friendship of two girls and how they grow to be confident of their identity.

On Tuesday, Rebecca from Wycombe Youth for Christ visited us to develop our thinking about what equality means to each of us.

On Wednesday, Rev Paul continued his study of the Lord's prayer this week, considering the words 'Your kingdom come, your will be done on earth as in heaven'. We were challenged to consider what Jesus would do if he were Headteacher!

On Thursday, the children watched the next instalment of The Life of Jesus series from iSingPOP, learning about his baptism.

On Friday, Year 3 treated us to a joke-filled Red Nose Day Assembly, including a display of 'synchronised swimming'! They raised lots of cash for Comic Relief.

Lord's Prayer - "Your Kingdom come, your will be done, on earth as in heaven"

Rev Paul came to visit and lead assembly. He is visiting weekly during Lent to teach us about the Lord's Prayer and its meaning for Christians. In this assembly, we considered the meaning of these words at the beginning:

The children shared with each other their interpretation of the words. Paul told us the King David wrote in the Psalms that he saw God as his mother as well as his father. Paul explained that we can use the word mother in the Lord's Prayer as well if we wish.

The children were challenged to think about what heaven could be and where it could be. There many thoughtful and varied answers!

We learnt that 'hallowed' mean precious and that Christians believe the name of God is precious.

Next week, we will consider 'Thy Kingdom Come'.

Lord's Prayer - "Our Father in heaven, hallowed be your name."

We continue our series on perseverance from the iSingPOP team. This week, we look at the life of Jeremiah.

Children think more deeply about the importance of showing perseverance in the face of adversity.  The dictionary definition of adversity is explained, and the Bible verse; “Be happy in your hope, stand your ground when you’re in trouble” is considered.

Discussion is encouraged around standing firm and being committed to our beliefs and goals. It is explained that Christians believe even when they face difficulties, they can have hope and trust in God.

During assembly time on Wednesday, KS2 children discussed some Philosophy for Children questions.

Thursday 10th February - Open the Book: Peter and the Angel

Year 1 tell us all about Traditional Tales

Year 6 share what they have learned about what it was like to live in Britain during World War Two.

This week's Faith at Home episode explores the theme of KINDNESS - with prayers, reflections, activities and fun from student leaders in Birmingham and Croyd...

An assembly for St. Paul's School that explores the topic of reconciliation and unity.

Monday 17th May - Identity - We Can Make A Difference

An assembly exploring the topic of 'Identity'. This is the third assembly in the series. In this assembly, we look at 3 people from history who have made a difference to the people around them, and indeed on lives today.

Tuesday 18th May - Open The Book - the Story of Hannah

Thursday 20th May - Prayer and Pentecost

Tuesday 11th May - Open The Book - the Story of Deborah

Gemma, from Wycombe Youth for Christ, explores the topic of forgiveness.

Friday 14th May - Year 5 Assembly "What Inspires You?"

Monday 26th April What Is Love?

An assembly-based resource for schools exploring the topic of 'Identity'. This is the first assembly in the series. It explores how our actions and words s... 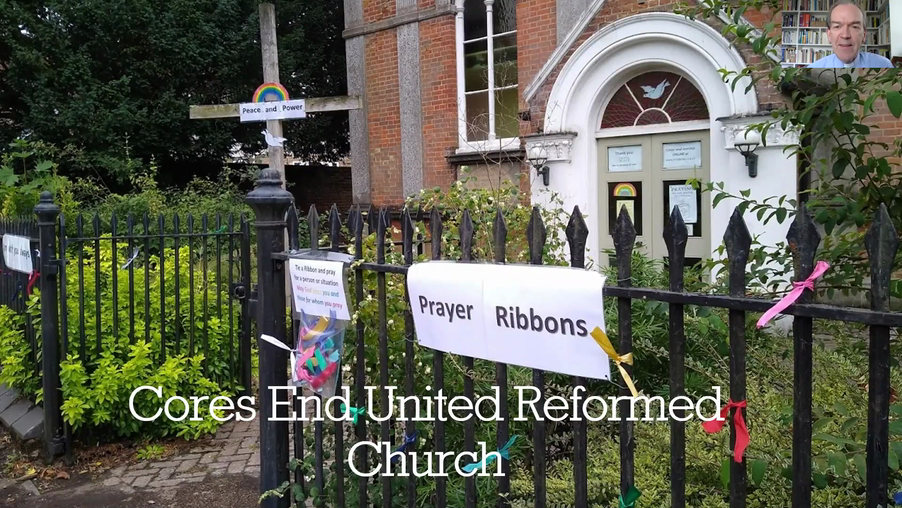 The story of David continues...

How to draw Julian

Watch Miss Steed's video all about a girl called Malala

Julian is a Mermaid

An assembly-based resource for schools exploring the topic of 'Hope'. Including a game, it enables students to consider the difference between wishes and ho...

Thursday 11th February - The World Made a Rainbow

The last assembly of this half term can be found as an assignment on Teams.

Use the website and password sent to you to watch the latest iSingPOP offering: Episode 3 How should we love?

Joy, a children's storybook By Corrinne Averiss.Read Aloud by KidStoryTime With Iffy.Published by Quarto PublishingThis is a beautiful book with a message ab...

Hello! Here is our new assembly about Joy! We hope that you can enjoy!

Use the website and password emailed to you to watch Episode 2 Who Should We Love? EP2 CW Spring 1

This video is 23 minutes long and is quite hard-hitting, hence we are only recommending it to children in Years 5 and 6. It is important you watch it before sharing with your child.

Wednesday 30th September - Wycombe Youth for Christ: Who Do You Follow?

An assembly-based resource for schools exploring the topic of 'Who do you follow?'. Through a football themed quiz, it enables students to consider who they follow.

The children received a well-needed 'pep talk' from these children, discussed some fantastic self-affirmations and listened to an encouraging song.

2020 has been a challenging year for many of us...BUT! It can still be saved! This is the PEP TALK WE ALL NEED to feel encouraged, to keep going, and to make the most of this year!! These children are here to remind you that you matter, you can do hard things, and YOU ARE LOVED! 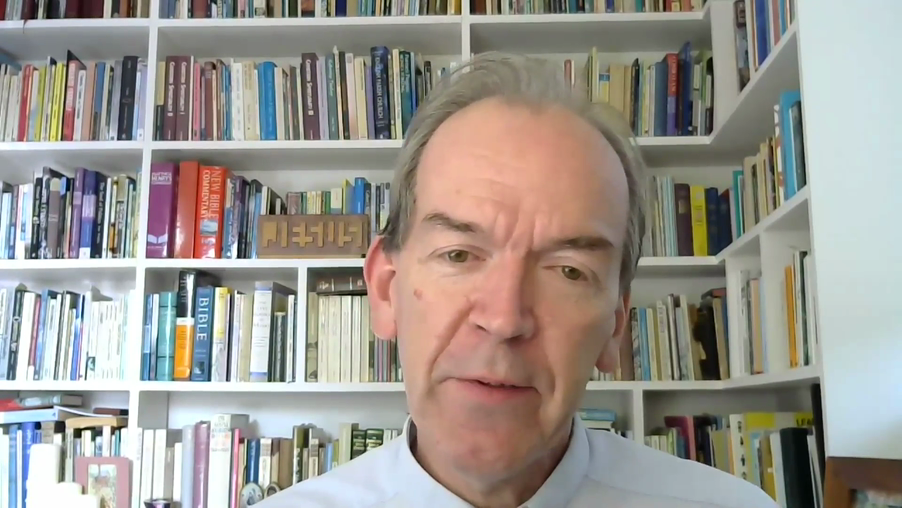 Virtual Assembly - Wednesday 24th June - Who is my Neighbour?

Virtual Assembly for the New Half Term, 1st June 2020

Our Collective Worship schedule is designed around the School Values.

In in dark, cold January, we focus on the Value of Enjoyment and then move on to consider the Value of Hope as we approach Easter.

The Summer Term is given over to the School Value of Belonging and Community and we finish the year reflecting on all our School Values.

Children participate and lead assemblies and collective worship on a regular basis in a variety of ways.

These are continually related to the School Values

Here are some examples of collective worship at St Paul's.

Rev Hinks came in to lead Collective Worship on 28th February. He told us about Fairtrade Fortnight and how we can share hope. Here is his powerpoint.

Unfortunately not the ones with chocolate chips.

Some cookies are necessary in order to make this website function correctly. These are set by default and whilst you can block or delete them by changing your browser settings, some functionality such as being able to log in to the website will not work if you do this. The necessary cookies set on this website are as follows:

Cookies that are not necessary to make the website work, but which enable additional functionality, can also be set. By default these cookies are disabled, but you can choose to enable them below: